Of Home and Half-Moons

The first lines of ‘Home’ came to me as the North American mainland receded from view, and the plane I was on ventured out over the Atlantic Ocean: ‘I’m over the water now—the lights take their final bow…’ More words came later while I was on the ground in northern Finland, and the last came once back ‘home,’ appropriately enough. Among the ones that stand out to me, even as I still try to figure them out: ‘The farther I go, the closer I am to home.’

‘Half-Moon Over Helsinki,’ another song written in pieces, started to emerge three years later while on another Nordic jaunt. Some lyrics popped in my head on a ship traversing the fjords of Norway, and more revealed themselves once we’d arrived in Finland. The opening line actually came at the tail end of our time there, as I packed our rental car for our trip to the airport and looked up at the mid-summer night sky that looked much more like early evening back at home.  ‘Half-Moon over Helsinki—very low, rising slow; midnight sun is almost gone, time to go, yes I know…’

For both, I scratched lyrics down on whatever scraps I could find: receipts, tickets, or other paper left in the case for my mandolin—which I happened to bring along to share songs with family and friends. I had no idea inspiration might strike, though I was a Boy Scout just long enough to remember the value of the motto, ‘Be prepared.’ 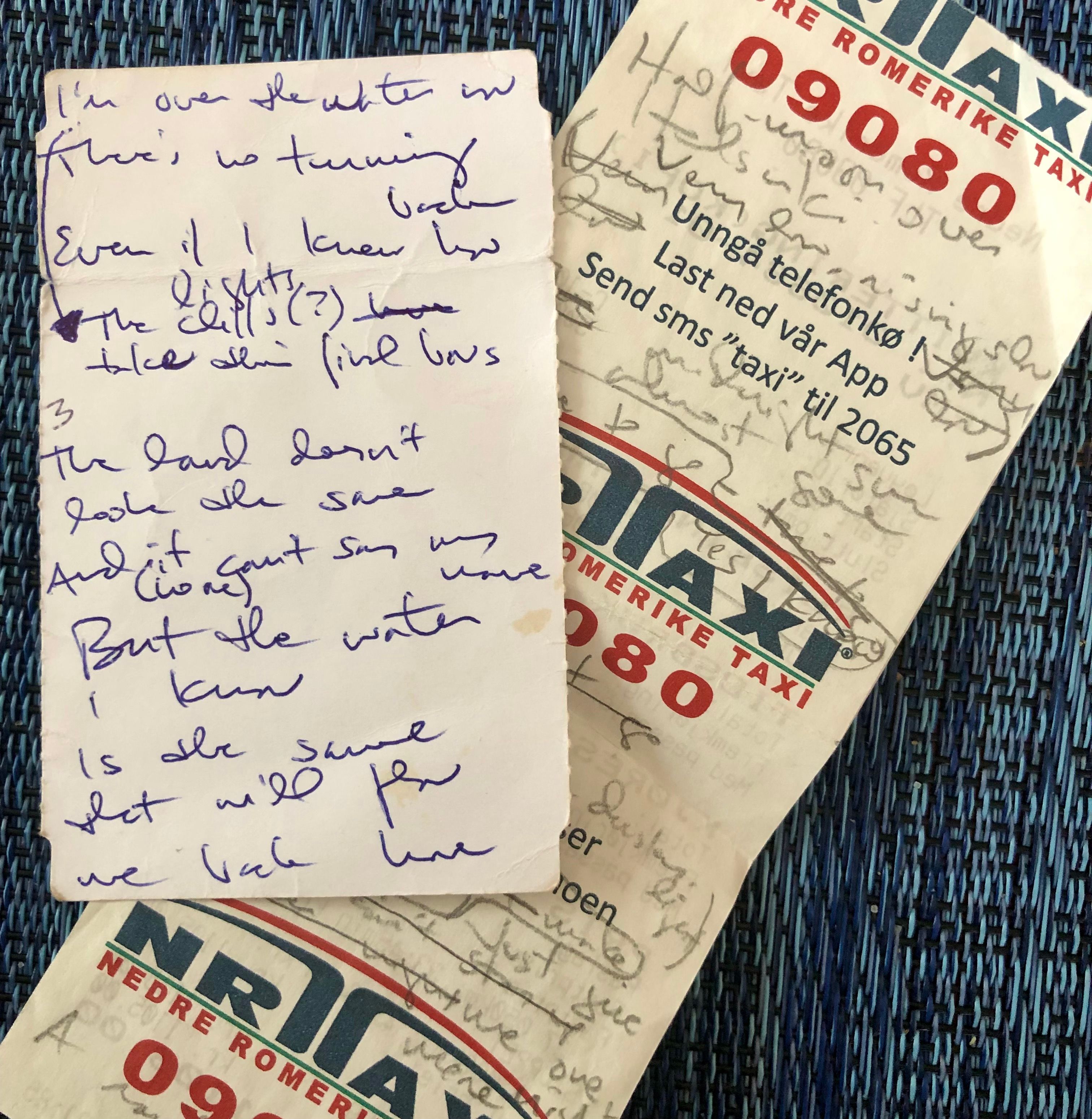 I ultimately finished those tunes, and they’ll be key parts of my set lists in the next couple weeks during my first official gigs in Finland: Two sets at the Kaustinen Folk Festival July 12 and 13, and July 20 at the Café Purje in Kirkkonummi, on a harbor about 30 miles west of Helsinki. It’s hard to come up with adequate words to describe my gratitude and excitement playing overseas, but suffice it to say it’s long been a dream to share my music across the globe and in-person. That it’s happening in Finland means even more.

It’s been a decade since my first visit and nearly 10 years since I wrote ‘Home.’ Finland always has been a welcoming place to me, but each time I return I feel even more at ‘home.’ Being invited to share my music there really is a high honor, and I’m eager to connect and commune over tunes—and under skies where the sun barely sets for a glorious yet fleeting burst of time.